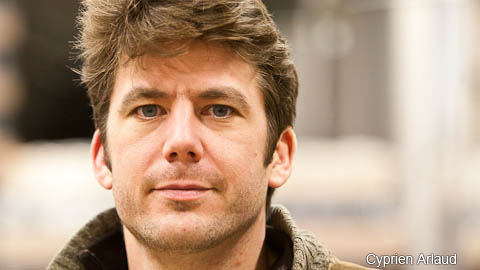 At Domaine Arlaud, Cyprien, brother Romain and sister Bertille have had more and more influence, so the estate has journeyed further down the path from chemical viticulture to stopping herbicide treatments in 1998, had all the estate organic in 2004, fully certified in 2007 and 2009 was the first vintage to be fully biodynamic. Bertie’s role is mainly in the vineyards where she is in control of the horses. Their use has grown since 2003, when only the Grands Crus were horse ploughed, now all the Grands and 1ers Crus are horse ploughed.
As you`ll know, we love and are frustrated by the complications and politics in almost equal measure, so it comes as no surprise to learn that their Bourgogne Rouge plot `Roncevie` used to be Gevrey Villages until someone from Morey-St-Denis bought it, when it was promptly downgraded. This however makes it one of the best values in the region.

The Arlauds and their wines go from strength to strength. Whether this is a result of their biodynamism or not we don`t know, though they seem pretty confident that it is. When we visit, i is easy to pick an energy and a sense of harmony and purpose that characterises their wines and makes this a property well worth following if you are a Burgundy afficionado. (CW 26/02/14)