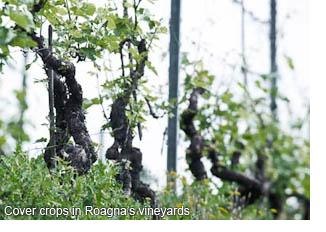 Nitrogen, sulphur and Horsetail, but no bull

Farming has always been a changing set of technologies as we’ve moved from bashing the ground with a flint on a stick, to the iron age, which gave the wherewithal for a plough and only needed an ox to shift it and provide manure. Mechanical engines from the steam age to now vastly increased the amount of power available for traction and speed of operation. As well as providing fuel, petrochemicals now also provide high octane fertiliser.  At the same time this meant less need for people and as the industrial revolution was rapidly stripping labourers out of the countryside, this was a good and necessary thing.

As well as fertilisers, the chemical industry has worked hard developing more powerful toxins to kill off various types of flora and fauna. As well as decimating the wildlife and threatening food security by destroying beneficial pollinating insects like bees, many of these chemicals also contribute to sterilising our soils, rendering them little more than neutral mediums to which nutrients can be applied. Modern chemical farming is driven by a particular need to put man in control over nature – the kind of quasi-scientific future I used to read about in Look and Learn many years ago.

If you ignore hydroponics the most recent type of farming is probably organic, a reaction like biodynamics to the introduction of chemical farming in the early 20th century. But whereas Biodynamics was banned by the Nazi party, organic agriculture was adopted and fostered and Germany remains the largest producer of organically grown produce in Europe. Organic farming takes us back to an idea of pre-petrochemical practice and does not countenance the idea of genetic modification. It is a combination of traditional techniques and carefully selected modern ideas. For instance, there is much more use of compost as a fertiliser and the use of cover crops is encouraged. These techniques are also used by farmers who operate in a sustainable way, known in French as lutte raisonnée.

Cover crops are small plants grown between the rows of vines and their use can include exuding nasties to discourage soil born pests like some mustards, or legumes like peas or beans to capture atmospheric nitrogen which can be ploughed into the soil during the winter. Other plants can be used to suck up excess water from soil and thus compete with the vines, helping to reduce yield. They can also help to stabilise soil in areas subject to erosion and with the appropriate seed mix will attract beneficial insects. Of course, it is easy to plant cover crops that attract the wrong sort of company altogether, that out-compete the vines and cause problems both in vineyard and cellar. So it isn’t an easy panacea.

Winegrowers generally want to promote the growth of deep roots that are able to exploit the nutrients and minerals below the surface. But the topsoil, such as it is in most vineyards is also crucial. Recent science has demonstrated both the importance of beneficial bacteria and fungi in the soil – it’s called mycorrhiza, it’s vital and we’ll come back to it. The health of the ground in which vines are grown is considered by many to be crucial and it seems obvious doesn’t it? However the chemical lobby and their customers would have you believe otherwise. We’ve seen how cover crops can improve the soil, but what are the threats to it? Some we’ve seen. Treatments like those freely used by chemical farmers, less used by organic and biodynamic farmers but still common include copper, a metal that affects the general health of the ground. Copper isn’t great for living organisms, which is why it is used, with sulphur, in the vineyard as a counter to various mildews. Another threat to soil life is compaction and this has been hugely exacerbated by the almost constant use of tractors for decades or longer in some vineyards. A tractor is a heavy bit of kit and even with load spreading tyres will always bear all its weight onto the ground. And studies have shown that the resulting compaction goes very deep.

What to do? Well, if you can avoid putting a tractor in very often that is always good, but then you have to restrict the amount you can plough and if you have a lot of ground to cover, then the tractor does reduce the need for labour

Biodynamic, Organic & Natural Winemaking by Britt and Per Karlsson