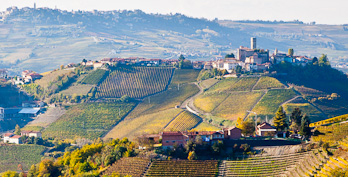 Italy is a large country filled with vines - up to nine hundred different varieties according to some sources. So we won't attempt to try to unravel its mysteries or complexities in a couple of paragraphs here, sign up for one of our courses for that! Suffice to say that the hottest part of Italy is often in the north, and that bits of the country you've never heard of make some of the best wines.

You may think Italians are an argumentative bunch only concerned with finding a way round the rules and I couldn't possibly comment, but it's the other half who have spent months meticulously drafting and redrafting those rules in the first place, and firmly believe they're the most important part of life. In every respect Italy is infuriating and seductive, so watch out, it may become a bigger part of your life than you intended!