And the latest is...

Monumental and elegant: this morning sees one of the grandees of the left bank, Leoville Las Cases. And there was me, not even sure if Friday counts as a working day in France. From St-Emilion we have the Vauthier family's La Clotte.

And it's out! Cheval Blanc is one of the finest wines we tasted in Bordeaux, and one of the contenders for wine of the vintage. Also this afternoon, we have had the Lorenzetti family's charming, very good value St-Estephe, Lilian Ladouys.

It has been quiet on the release front thanks to ProWein in Dusseldorf, which ends today. However...

This morning sees another of our all-time favourite Bordeaux properties release. Angludet has always been a fine ambassador for the elegant, aromatic style we associate with Margaux. Owner, resident and winemaker Ben Sichel lives and breathes Angludet - and it’s all change here. Ben likes to joke that the decision to go entirely over to biodynamics was as much about his own health as that of the vineyard (although he may have had second thoughts given the extra work involved). And after exhaustive trials in 2018, he has invested heavily in amphorae. He argues that the exact proportion of wine he chooses to raise in amphorae will depend on the character of the vintage, but in the 2021 vintage half was raise in amphorae, with the balance going into a mix of new and old barrels.

Duhart-Milon lies on the same Pauillac terroir as its neighbour and mother ship Lafite (fine gravel and black sand over a bedrock of limestone). It has turned in an impressive 2021, very redolent of the august neighbour. Down south, frost and mildew decimated yields in Sauternes and Barsac. But what wine the chateaux here did manage to make are glorious, combining high energy with intense aromatics. Today we have had La Tour Blanche and Coutet.

The significant release of the day is Neal Martin's vintage report. As entertaining and informative as usual, key points include:

- A 'complex and turbulent growing season'
- '2021 was one of the most difficult to assess since my first primeur back in 1997'
- 'The headline is that 2021 marks a welcome return to a classic style of Bordeaux in terms of lower ripeness levels and less alcohol'
- 'There are no thrilling wines that set the pulse racing or have "future legend" written over them - it's not that kind of vintage'
- '2021 offers a bevy of outstanding dry whites'
- '2021 is an antidote to the run of hot vintages and for that it should be welcomed, its shortcomings and fallibility perhaps part of its charm and intrigue' . 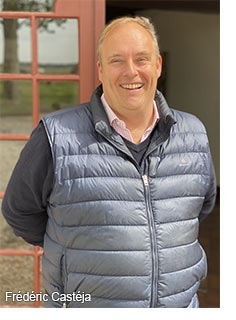 Batailley first out the door

And they’re off! 2021 Bordeaux got underway this morning with the release of perennial Uncorked favourite Batailley. Where many properties suffered difficulties with frost and mildew in 2021, neither struck here. Frédéric Castéja has made a classically proportioned Batailley. It is very claret: cassis, plum, cedar and tobacco. It is also released more cheaply than any other Batailley vintage on the market. Here’s hoping this early release sets the tone of the campaign!