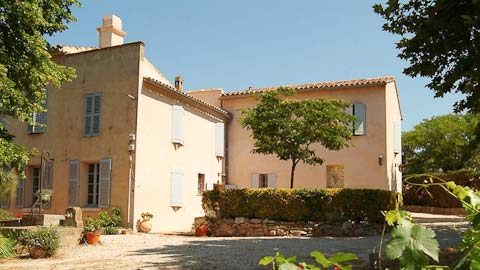 Down in Provence, between Marseille and Toulon, set in a landscape of scrub and pine forest about 4 miles from the coast, you`ll find Domaine Tempier. Mourvedre is king down here. Once upon a time vignerons were ripping it out to make way for higher-yielding varieties, but in the late 1930s Lucien Peyraud at Domaine Tempier led the fightback; the establishment of the Mourvedre-based Bandol AOC that tags Tempier bottles is mainly down to his efforts. Lucien had inherited the domaine a few years earlier, but had been was more concerned about other farming interests until he tasted a pre-phylloxera bottle of Tempier and discovered the prodigious aging potential of the domaine`s wines. From that point on, the wine became his full-time pursuit.

It`s partly down to the Mourvedre; the longevity comes from the variety`s natural resistance to oxidation. It is certainly to do with the vineyards, sun-soaked, south-facing amphitheatres, ideal for the Mourvedre, which is so late-ripening it only really flourishes down in the deep French south, where it is grown by the sea for the extra light. And it is in no small part down to the care and careful practices of Peyraud and his successors, most recently the brilliant Daniel Ravier. In an area already steeped in wine history, Tempier has gone on to become one of the most revered names around, if not anywhere in the south of France.

Each of the domaine`s single vineyards has a distinctive character. La Tourtine comes from higher slopes, exposed to the drying effects of the Mistral, and blends 80% Mourvedre with dollops of Grenache and Cinsault. La Migoua has complex, mixed soils varying across the vineyard, reflected in the very mixed blend. 50% Mourvedre, then Grenache, Cinsault and Syrah. By contrast, Cabassaou has uniform soils, and is almost entrely made from the fruit of very old Mourvedre vines. And then there is the Tempier rose, often described as one of the greatest rose wines anywhere and destined not to stay on our shelves for long. (NT 12/07/16)