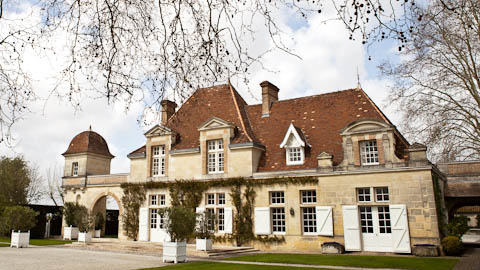 The fall and rise of a great Margaux is in this case measured over a nearly 140 year period. In the 1855 classification Rauzan-Segla was ranked in the top ten of Bordeaux properties but in the 20th century in particular suffered from a succession of poor owners ranging from the lazy and complacent to the downright crooked. 1994 was the turning point when it was bought by Chanel, who poached John Kolasa from Chateau Latour and installed him as cellarmaster. Immediately out went machine harvesting and archaic manual cellar practices. 1994 also saw the introduction of the sorting table here as well as a host of other improvements in cellar and vineyard.

Now, with Kolasa firmly established and in charge of things we have a second wine – a vital source of improved quality in the Grand Vin, much better drainage in the vineyards, organised cellars and qualified people, with a computer, doing the admin. All these things contribute to the dramatic rise in quality here. The wines here now are so good, so much better than they have been over the previous century that it is a pleasure to have watched that rise as it coincided with Uncorked’s life in the City. (CW 22/10/14)