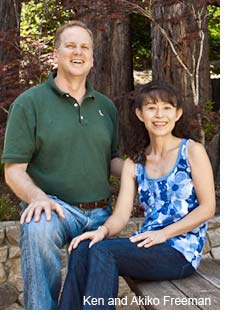 Everyone knows an investment banker who's fallen in love with wine, taken leave of his/her senses and sunk a large fortune into a vineyard or winery somewhere, and then lived to regret it ever since. So it's refreshing to meet Ken Freeman, who's done most of that but, crucially, not the last part.

I first met Ken on my doorstep in Islington. I visited the winery in 2007 but Ken was away on business, and so I invited him to stay on his next trip to London, which wasn't until 2012. I never needed Ken's charms to persuade me that we should be importing his wines. In fact, as is the way with such producers, it was more a case of persuading Ken that we were worthy of him. We were lucky to catch him just before a wave of publicity lifted Freeman - culminating in the No22 spot in Wine Spectator's Top 100 of 2011 - and lucky that he was keen to have his wine in London, where the day-job would sometimes carry him. Nowadays, he tells us what wine we can have, rather than the other way round. Ken, we're grateful - keep it coming.

Ken and wife Akiko (who Ken is always quick to credit with much of the glory) are in London next week for the first time since 2012. We're looking forward to hearing about recent developments - especially their new estate wine, Gloria. Freeman wines are charming, approachable and soulful - just like the couple behind them. Join us from 6pm on Wednesday to taste and talk - and hear how Ken is investment banker turned successful winemaker. It's an informal, drop-in event, so join us for as little or as much time as you like. /AR