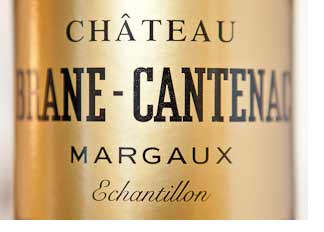 Some important releases since our last offer. On Friday, we saw Brane-Cantenac. Proprietor Henri Lurton has invested hugely here since he took over, and his improvements in the vineyard are quite literally bearing fruit; 2018 Brane is beautiful. This is arguably the fourth-best chateau in Margaux, and the best that is both available and relatively affordable.

Yesterday from St-Emilion came Troplong Mondot. This was one of our biggest single surprises of en primeur tasting - a wine that used to seem heavy and extracted has been replaced by one that is intense but lifted, soaring with energy, fine and pure. Aymeric de Gironde (previously at Pichon Baron & then Cos d'Estournel) along with Thomas Duclos (the consultant at Canon) have changed the style here, and in our opinion much for the better; it is one of the best St-Emilions of the vintage, and the price is friendlier than in previous vintages. Also yesterday, the compelling Leoville-Poyferre was released. It is only Sara Lecompte Cuvelier's first vintage, but under her guiding hand, the style here has taken a refined turn from weight towards energy.

Today we have seen Lynch-Bages. Like 2016 but with a bit of 2010 in it, said Jean-Charles Cazes of his 2018 Lynch-Bages; the freshness of 2016 married with the intensity of 2010. In the hands of the Cazes family for almost a century, this classic, much-loved Pauillac has become one of the best-known, most reliable performers in the Medoc. Echo de Lynch-Bages is also a great option here, a second wine that outscores many firsts.

Other notable releases since our last offer have been Stephan von Neipperg's La Mondotte and Canon-la-Gaffeliere. And Friday also saw Pontet-Canet, which sold out immediately. The trials of being biodynamic in a year beset by mildew meant there was never a lot of Pontet-Canet to sell in the first place. Tomorrow is the Ascension Day holiday in France so we expect the release calender to go quiet again before next week. /NT