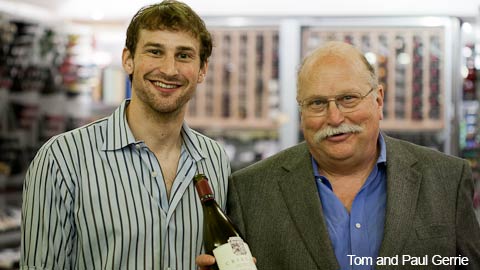 The story of Cristom begins in 1992, when engineer Paul Gerrie had succumbed to his love for Pinot Noir. He had been searching up and down the Americas for the ideal location to found his own winery. When he discovered an abandoned winery and some neglected vineyards among the steep slopes of the Eola-Amity Hills, he saw the potential, and knew he had found his motherlode. Nearly thirty years on, and now Paul`s son Tom is in charge; winemaker Steve Doerner has been there since the beginning, and has always maintained that the winemaker`s job is to is to optimize what nature provides, without unduly interfering.

Paul named each of the Cristom vineyards after one of the Gerrie family matriarchs. Low-lying Louise has dramatic soil diversity, typically producing the darkest fruit and the fullest wines, while with fabulous views to the Cascade Mountains, high-sited Eileen makes a lighter, very aromatic style full of sweet spices. Jessie was a virgin site that Paul understood from the start had enormous potential. They planted Pinot Noir here in 1994, and Paul now characterises Jessie as the most savoury of the Cristom wines. But Marjorie was the site that originally caught his eye. The fruit from this vineyard is consistently among Cristom`s best, and Marjorie is the brightest and most red-fruit driven of the Cristoms. (NT 08/07/20)