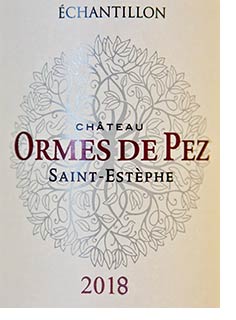 A few notable releases since the French returned from their Labour Day demonstrations/holiday. From Leognan, we have the excellent Malartic Lagraviere, where the red may prove to be a match for the chateau's stunning 2016 (in stock at £245 per six). From Margaux, we have a couple of inexpensive favourites in Deyrem Valentin and Siran. From the Delon family of Leoville-Las Cases, we have St-Julien's Clos du Marquis while from the Cazes family of Lynch-Bages we have the immensely popular and attractively priced St-Estephe, Ormes de Pez. And talking of St-Estephe, it's rumoured that the mighty Calon-Segur will be out on Tuesday. In the meantime, don't overlook its inexpensive little brother, Capbern.

Across the estuary, from Pomerol, we have the intense, dark-fruited and powerful Clinet and the supremely refined and elegant Gazin. Worth noting, though, that we have the more highly rated 2016 Gazin at £360 per six.

A couple of notable releases from St-Emilion. A decade on from its purchase by the owners of Cheval Blanc, Quinault L'Enclos is a hugely improved wine and the consensus is that 2018 is the finest yet produced. Grand Mayne saw a big step up in quality from the 2015. The 2018 is another impressive effort, though for similar money we still have the 2016, described by Neal Martin as "a triumph" at his tasting in January this year.

Finally, for value, don't overlook Fronsac, which has produced some very good wines in 2018. We now have five listed, the latest of which is Les Trois Croix, the family estate of the recently deceased Patrick Leon. Patrick was consultant for - among others - Chateau Biac and is sorely missed. His son, Bertrand, is taking up the reins at the family's Leon Consulting, but the 2018 Les Trois Croix is, says Jane Anson in Decanter, "Truly a brilliant testament to Patrick." /AR

View all wines released so far

Halves & magnums £6 extra per 4.5 litre case; other formats on request