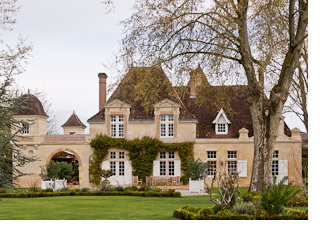 Spring was a fairly classic effort in 2019. It was quite cool with occasional rain until mid-June, so early flowering was somewhat uneven. As the month progressed, the weather turned warmer and drier, and so the later flowering was much more even. With the baby fruit on the way, July was drier still though with some storms that laid down useful water for vines on gravel, but slightly excessive for those on clay. The dry, warm weather continued until mid-Autumn, except for a bit of rain around the equinox. This rain pushed the ripening, which helped to balance out the effect of a long, hot summer.

Overall the yields were around the modern average as there wasn’t much frost damage or hail. Alcohols also follow the modern trend partly because the berries were smaller in 2019 with less water, good sugars and elevated acidities and fruit concentration. Nights were cooler than days and this helped promote the high acidity.  Sugars are around the same levels as 2010 and 2016. The lack of disease pressure meant this was a good years for organic and biodynamic estates as they, like everyone, needed to spray less. The reds are perfumed and intense with good tannins and wonderful freshness from that acidity. And the pre-harvest rains mean that the alcohols – especially on the right bank – aren’t as high as in 2018. Our tastings so far have been of wines that have a lovely balance and all of the youthful aromatic intensity that those on the ground there have described. And if the Bordelais continue to be realistic with their pricing, these are definitely wines to jump on with enthusiasm. /CW